The Architect and the Concept 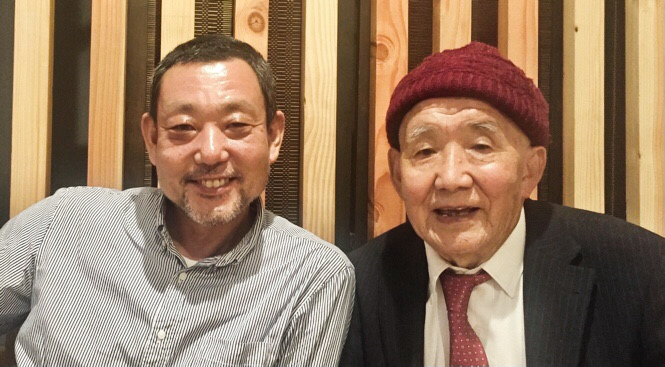 YASUDA Kenji was born in Osaka, Japan and studied architecture at Kobe University, followed by a master’s degree in Engineering.  After working at several architectural design offices, he set up his own firm in Osaka in 1999.

Yasuda is keenly interested in environmental planning, and nature is his guiding force when designing buildings as pleasant living spaces in harmony with their environment.  He likes to invite external environmental elements such as sunlight and wind into the building space, and the interfaces between men and materials, and between men and men is of prime importance.

Yasuda’s interest in Indian architectural design led him to travel to India for 2 months at age 30, exploring both temple architecture and city design in Ahmadabad, Ladakh, Jaipur, etc., each featuring a unique architectural beauty, reflecting features such as natural weather, culture, and varying ethnicity.  He was also keen to visit Chandigarh, a city designed by one of the fathers of contemporary architecture, Le Corbusier.

Yasuda drew on these experiences when working on the overall design of Pelri Thegchog Ling/Buddha Pāda Institute, a creative living space that is rich, rooted, natural and welcoming.

Many who visit Buddha Pāda remark that the buildings show strong Japanese influence. This was not Yasuda’s conscious intention, but having been born and raised in Japan, Yasuda developed his own sense of the coziness of space, material shapes, etc., which play an important role in his architectural designs.

For example, a traditional Japanese house will often have sliding glass doors extending the width of the house. In this way, those residing there have unbroken visual connection and immediate access to the garden outside. This sense of connected space perception pervades all of Yasuda’s building plans.

Yasuda begins to create a new design without any specific idea or concept. It is like remaining in Buddhist emptiness and allowing the plan to arise in contemplation while just visualizing or visiting the environment of the planned construction site. In this way, he absorbs the conditions of the natural environment, shape of the land, terrain, etc. In a sense, this could be considered a Japanese approach to design — not attempting to dominate or overcome the environment, but rather to find harmony with the circumstances.

For example, Bashō House, our guest facility, has an atrium in the center with the rooms and bathroom arrayed around this empty space. This space gives a feeling of freedom, encouraging a relaxed and friendly atmosphere. 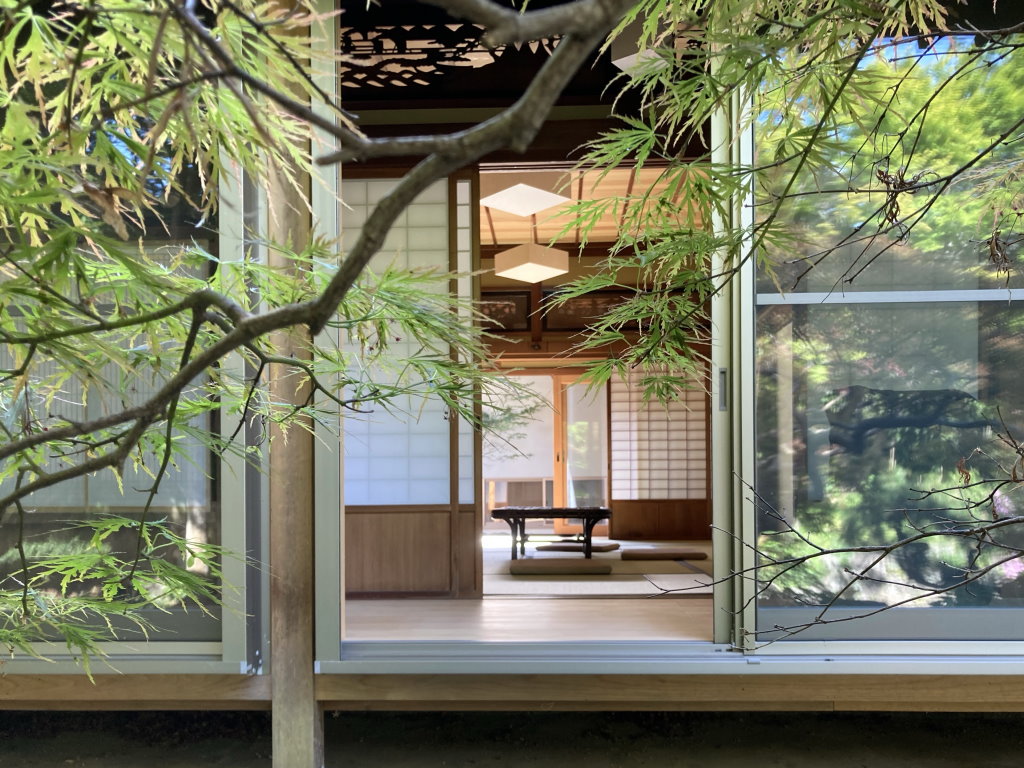 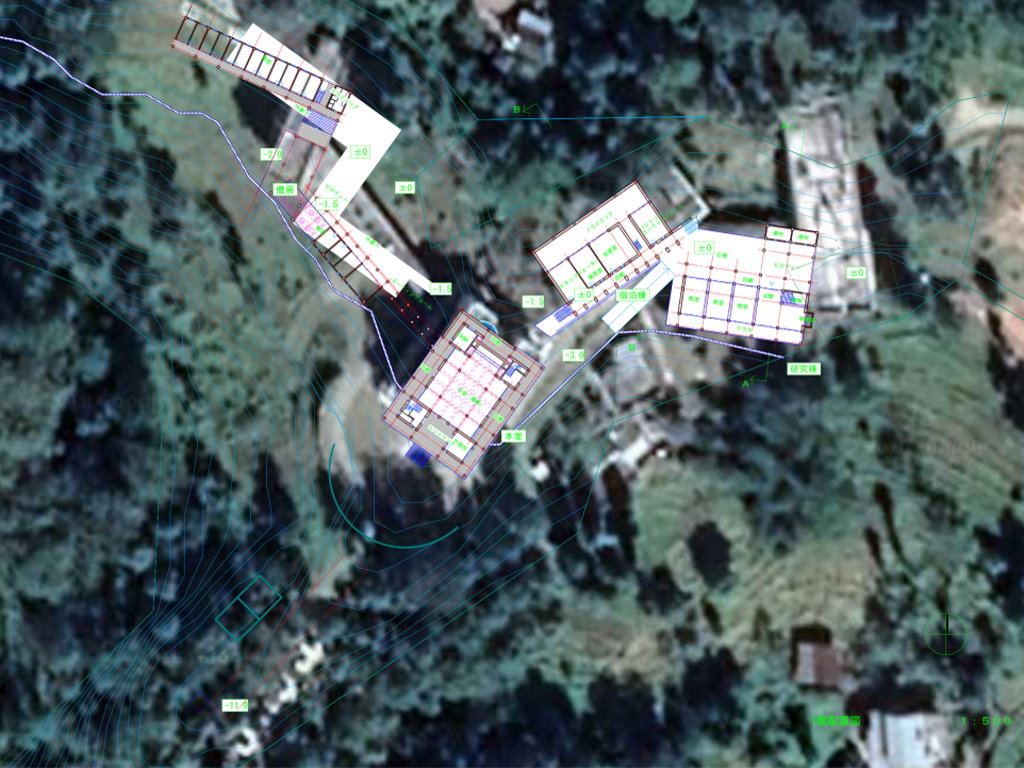 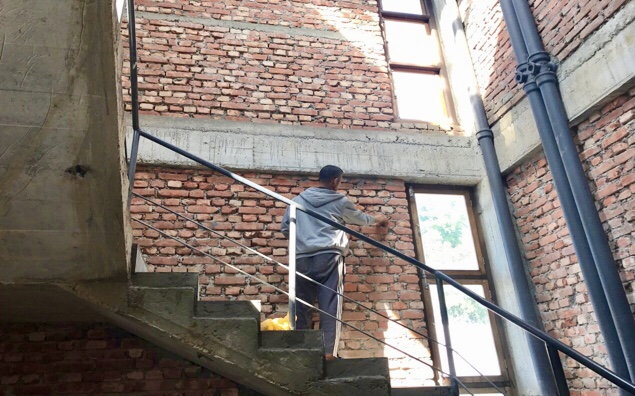 Yasuda tries to use only natural materials wherever possible, unifying the buildings with their environment. For example, Yasuda prefers to use bricks as is for our brickwork, without particularly cleaning them up. All bricks are unique, and their variety adds charm and interest to a brick wall.

Yasuda also prefers that the buildings not look brand new, but rather as though they have been weathered in the Kalimpong climate for a long time. Thus, we haven’t strived to make things exceptionally beautiful, but rather aimed to keep appearances as natural as possible.
This is a manifestation of the Japanese wabi-sabi ideal in Japan. We find beauty not only in newness, but also the weathering and natural impermanence of things over time.

Yasuda actively preferred using local Kalimpong workers. All stonework was performed by local masons, who have excellent techniques for make strong stone walls with beauty. Yasuda adopted the local stonework techniques to create the stone house in the monks’ quarters area, using recycled stones dug out when laying the foundation.

These beautiful and varied stones were then used to decorate the walls. 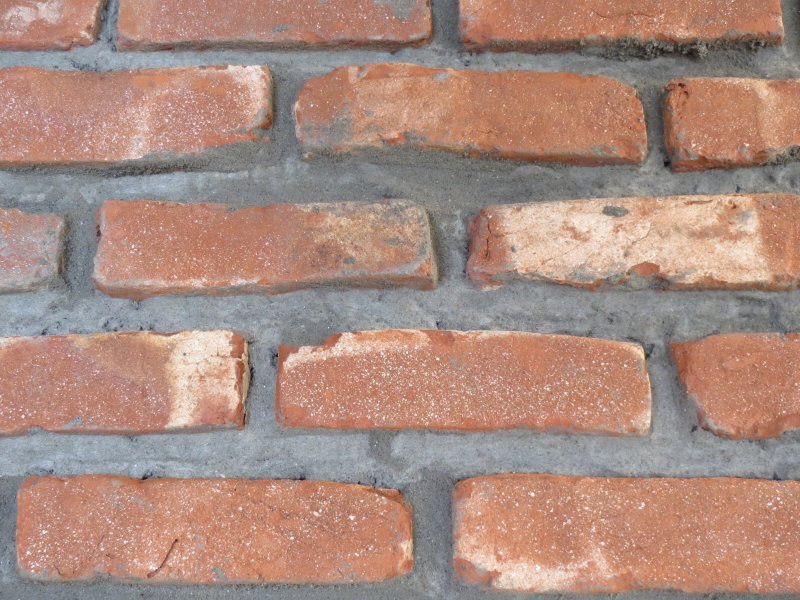 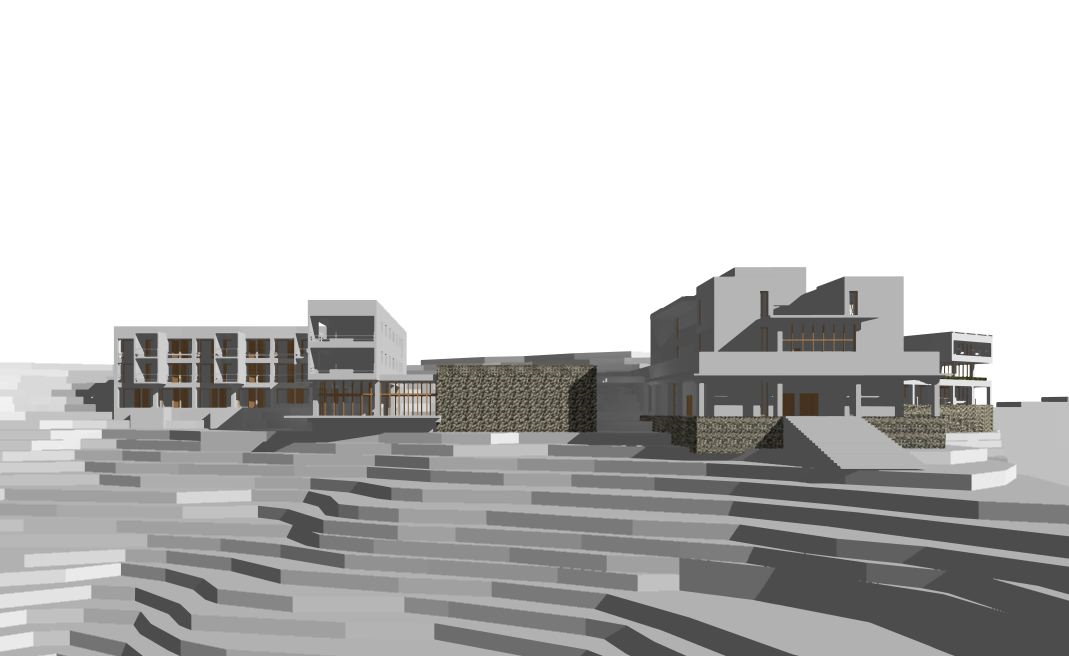 How the Construction Proceeded

Mr. Yasuda did not visit the construction site. His main role was to provide guidance for the construction following his architectural vision. A Japanese staff member stayed on site and communicated with local engineers, craftsmen, carpenters, etc. to realize his design. Mr. Sanjey Pradan, a local civil engineer, provided guidance on structural calculations for the structures, installation of reinforcing bars, water supply, electrical work, etc. All detailed consultations were carefully conducted by telephone before any construction work could begin.

Years of working with the local carpenters and other craftsmen familiarized them with our requirements, easing the process greatly.

1) Following the Footsteps of the Buddha — Learning in Nature.

The design process began with contemplation on the origin of Buddhism. Gautama Siddhārtha attained enlightenment under the Bodhi tree in Bodh Gaya, then gave his first sermon to five monks in Sarnath, a quiet forest visited by deer. Nowhere the Buddha originally taught had any splendid halls or buildings. Reflecting on this, we decided the architecture would not be a traditional magnificent and imposing place for prayer, but rather retain a feeling of learning the teachings in an open forest. Yasuda’s design promotes the feeling that indoors and outdoors are connected, through use of large glass windows, doors, and skylights. No matter where the students are, they can feel as if learning outside in an open space where the wind passes through and bright sunlight overflows. This is what Japanese traditional architecture is good at.

The climates of Kalimpong and Japan are very similar, and it seemed that feeling of seamless connection between inside and out could be expressed in concrete instead of wood as in Japan. The buildings were arranged to be integrated with nature as comfortably as possible. In addition, although situated on sloping land, the design minimizes height difference between the buildings so people can move between buildings with ease.

At the beginning of construction, Kalimpong often lost electrical power during the monsoon season, sometimes continuing for days. In response, our design provided for daylight to enable study and work from morning till evening without dependence on electricity. Large windows and skylights were installed to bring in natural light.

For some teachings or transmissions, students may be obliged to sit on the floor for many hours a day for months. Sitting on a stone floor for long periods in winter can impinge on one’s health, and women particularly need to take care not to catch a chill. The wooden floor we installed is warm even in winter and is friendly to old people, women, and children.

As writer, philosopher Alain de Boton puts it, “Beauty is a likely outcome whenever architects skilfully mediate between any number of oppositions, including the old and the new, the natural and the man-made, the luxurious and the modest, and the masculine and the feminine. Buddha Pāda Institute and Bashō House are superb examples of this beauty. 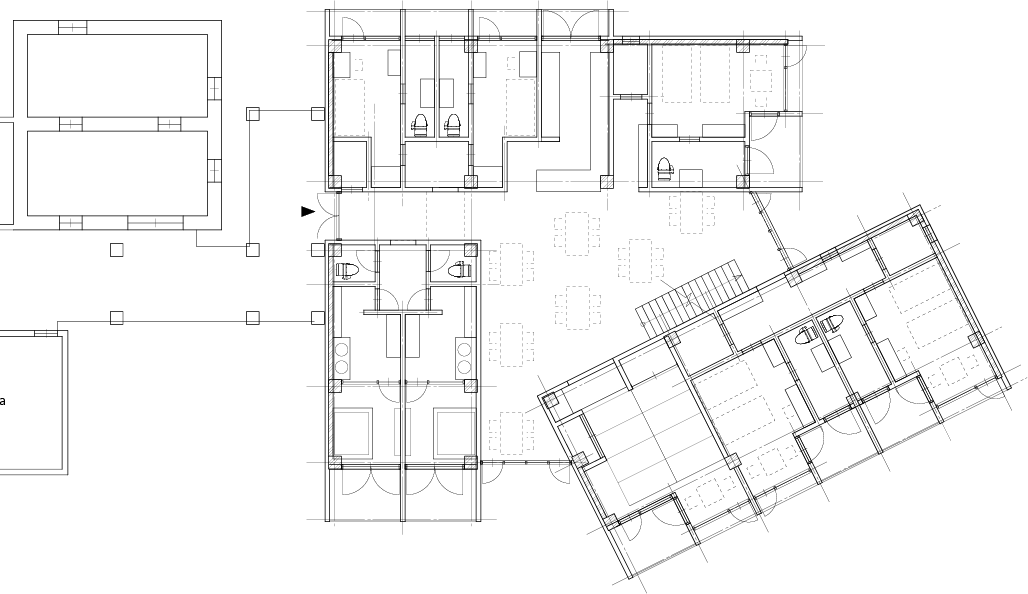